This is my rock. There are many like it, but this one is mine.

The iconic image of a surfcaster on an isolated rock, bent rod, battling elements and fish alike gets any angler’s adrenaline flowing.  More predominant in New England, and Montauk, a rocky shoreline is majestic to some, a haven to trophy stripers, and inviting to an exceptional few.

Listening to an old time Montauk surfcaster set the stage for a story, it’s the intro that seems to be the story itself.

“So it was the July moon, and I wanted to fish the flood from my rock on the south side.  I swam out and…” 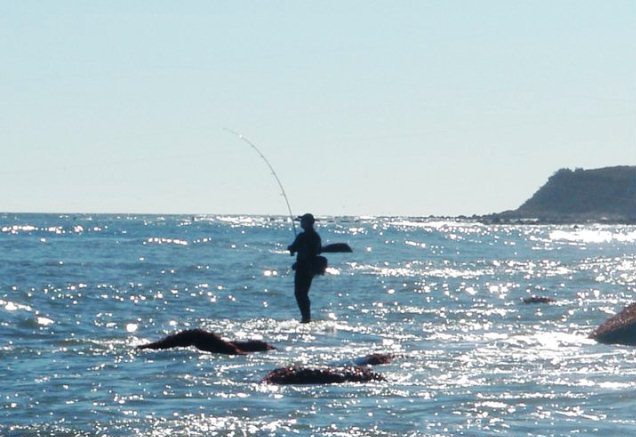 Over and over the rock hoppers that share their stories answer the “why” with similar responses.  The fish are there, and the other fishermen aren’t.  There are probably some initials carved in a few rocks, but given protocol is first to the rock keeps the rock.  Keeping a rock through full tide cycles is one small attribute that defines the dedication, skill, and guts of that different type of surfcaster.

Chris Buchta is one of those surfcasters.  A member of the Stormr saltwater team, Chris is no stranger to the rocks up and down the east coast.  His first rock was on the north side of Montauk, about ten feet from shore in the whitewater and not too distant birds sharing the bait feast with stripers.

“I laid in the truck thinking of bass and listening to the trees blow with the wind and the waves crashing in the rocks as they tumbled into round balls.”

Chris was almost pulled off that first rock the next morning by a teen sized bass.  As you can see by the picture, the rocks that fit Chris are a little further out now. 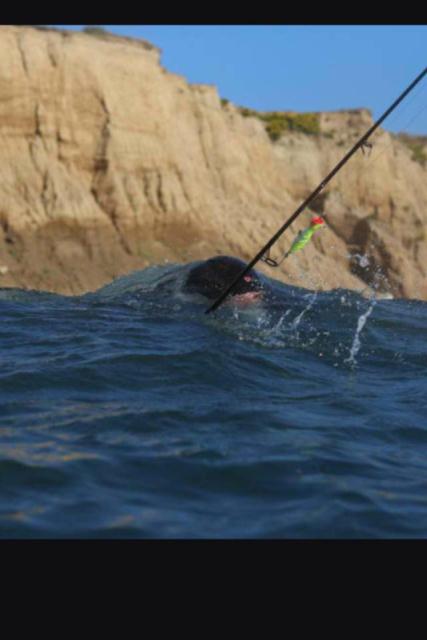 The more you learn about these guys the more you know there’s no glory in the eyes of others they seek out.  They want the fish, and just out of casting distance isn’t a measurement they can calculate.  Chris chases trophy sized bass up and down the coast, Rhode Island one day, could be Jersey the next.  His choice of spots may be haphazard, but his gear never is.  Van Staal or ZeebaaS reels, top of the line braid and fluorocarbon leader, and a pelican light are his top three mandatory pieces.  To put in the work Chris and guys of his breed do, losing a fish because of cutting corners is unacceptable.

Another thing I notice I hear over and over from the top guys, a log is a must.  That’s what separates the guys that consistently catch and those that get lucky with a right place at the right time scenario.  If you have it in you to strap your belt around your wetsuit, put on your studded fins, and swim to a rock right where the waves are breaking, you certainly aren’t going to swim to a rock on the flood when your log told you it’s an ebb rock. 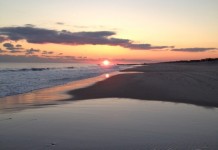 The Sun Sets on the Stripers