Making it through the long haul until the spring.

It was the jersey shore’s turn this past week or so, as the incredible biomass of stripers made another move.  Island Beach State Park and other usual surfcasting haunts got red hot during cold temps of late November.  Well deserved for local anglers after missing out on last year’s run due to access issues from Sandy.   A17’s, the mini version of the A27 aka 2013’s best lure for the surf, fooled a few straggler stripers.  Aside from the occasional keeper, seasoned surfcasters with a knack for reading the beach got into fun pockets of schoolies and micro bass.  A great sign to see small fish most likely from the spring spawn holding their own in the ocean. 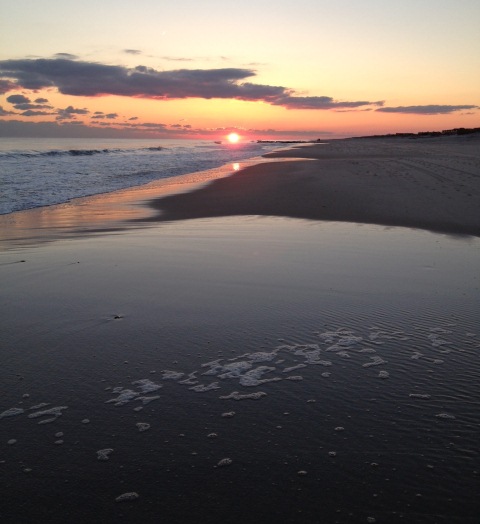 Saying it’s over is one thing, accepting it is something totally different.  I threw at least twenty casts after submitting to my call of last cast, hoping to hit it out of the park in the bottom of the ninth.  An oversized clamshell stuck on the hook got my heart racing, and fingers that refused to thaw out and work gave me a dose of reality.

On the walk back to the truck I took it all in.  I had a great season, both on the beach and on the water.  Armed with the previous year’s lessons, there were many more this season and more to follow next year.  The passion grows season to season, as does the knowledge base.  The love for the beach, the water, the time with friends old and new never goes away, and the desire for all of those things just grows each year.  The details of what I’ve learned on my own, and been privilege to from other fishermen though can’t be taken for granted.  There are no absolutes in this sport, but a lot of variables.  The more of those you understand and can bring together in an outing, the more fish you’re going to catch. 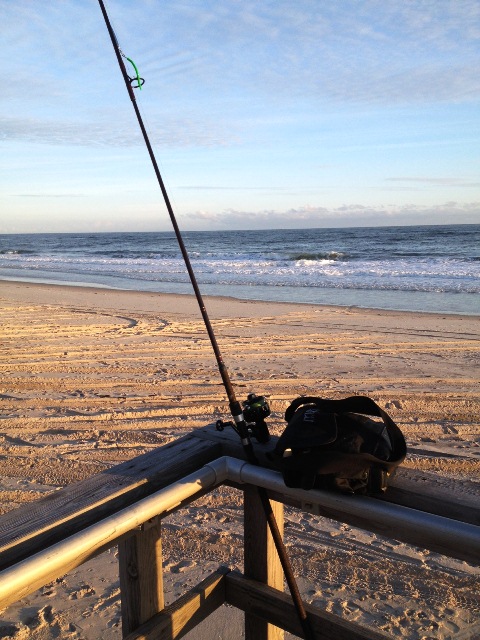 I have about seven months worth of tide, wind, lure, and moon combinations and how they come into play along a pretty big expanse of shoreline.  This is the time to run the data, crunch the numbers, and make all those hours fishing this past season count.  What was the best spot on outgoing coming up on a new moon?  When the predominant bait species switched, how did you adjust your tackle?  After a big blow, what structure was holding fish?

The offseason is a time to put the work in.  Really push yourself to examine your catches and the conditions, equipment, and methods you employed.  What was out of my comfort zone early in the year became favorite spots and styles of fishing by season’s end.

Once you’ve done your homework, it’s time to clean up your room… or garage… or truck.  Many of us have learned hard lessons from the harsh effects of saltwater on gear.  Stuff’s not getting cheaper, and in some instances that off the run “money” lure that caught this year may be a challenge to replace the next.  It’s worth the time, effort, and memories of going through your gear to be sure you won’t be heartbroken come spring.  It’s also a great chance to take inventory and start working on your list for Santa!

Tips to avoid the end of the fishing season blues: