It’s go time.  The last shot of glory before fishing time is begrudgingly filled with replays of epic wins and epic fails of the previous season.  Unlike going into a new season with new tweaks to your fishing style and methods, new equipment, taking shots at possible new honey holes, the fall run beckons an urgency to fish efficiently, wisely, and better than you’ve ever fished.

Here are my 5 top choices for lures that are must have’s for my fall run:

Simple and deadly. The A team. I usually throw the A27 and A47 in the surf and in ultra calm conditions will throw an A7 with a white tube.  The ability of this lure to mimic sand eels is amazing.  Perfect for jigging as well if you’re on the boat and marking them. This generic lure is available at just about every tackle shop.

Imitating a injured juvenile bunker, this lipped swimmer allows you to fish it on the surface or dive depending on retrieve.  What I love about this lure in the fall is tossing it anywhere near a blitz entices a strike.  The coloring and action on this lure makes it a no-brainer for must carry lures for the fall. 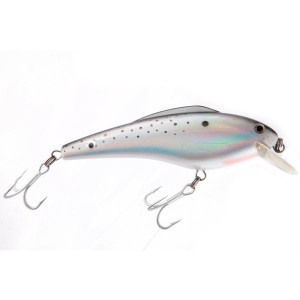 They don’t look like much but needlefish are some of the most productive lures in the fall. Another sand eel imitator, more attention needs to be paid to the retrieve. Slow and steady with a twitch or two mixed in.  Adjust the size of the needle fish according to surf conditions. I’m partial to the Super Strike models.  The plastic tends to hold up much better than wood. 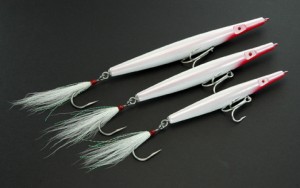 Available in store and online at East End Bait & Tackle

Nothing is more thrilling than a striper or bluefish smashing your offering on the surface.  The debate will rage on for years to come as to color choice; I like yellow and red patterns for the injured bunker look.  Super Strike’s Little Neck popper is my go to.  They cast like a bullet and are available in 3 different weights.  Like most poppers, let it sit for a second or two after a pop…it’s when most of the hits will come.  Another solid topwater choice is a pencil popper.  Gibbs lures have been the leader of the pack here.  The retrieve can be tricky at times with holding your line between your fingers but the frantic action raises big fish on a consistent basis. 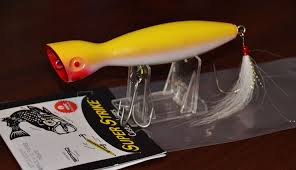 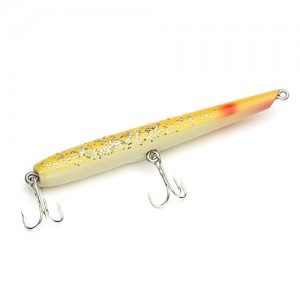 No lure has stood the test of time on more species and more diverse conditions than the basic bucktail.  There’s an art to fully mastering a bucktail I hope someday I’ll achieve but until then I’ll keep enjoying the fish I catch on them.  If there’s plenty of suds don’t even think of another lure to throw.  Up the ante and improve your chances by throwing on a piece of Uncle Josh Pork Rind #50.  Spro, Jetty Caster, S&S, Bullfrog and too many smaller lot manufacturers to mention all put out solid lines with various color schemes and weights. 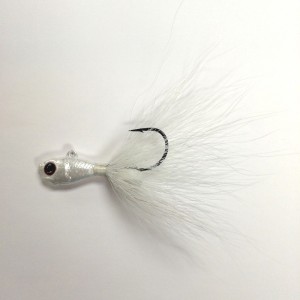 You’ll have plenty of room in the tackle box or surf bag for a few Deadly Dicks.  They catch stripers and bluefish but their true mission is False Albacore.  If there’s even a hint of the hardest and fastest fish pound for pound in the area you’re fishing, take some casts with these.  Green has always outperformed blue and red.  The non-colored style appeals to a wide range of anything swimming.  They’re a tough lure to find in the fall but Jack’s always has a few on the shelf. 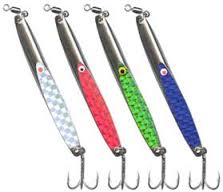 Catch ’em up and let me know how you did!! 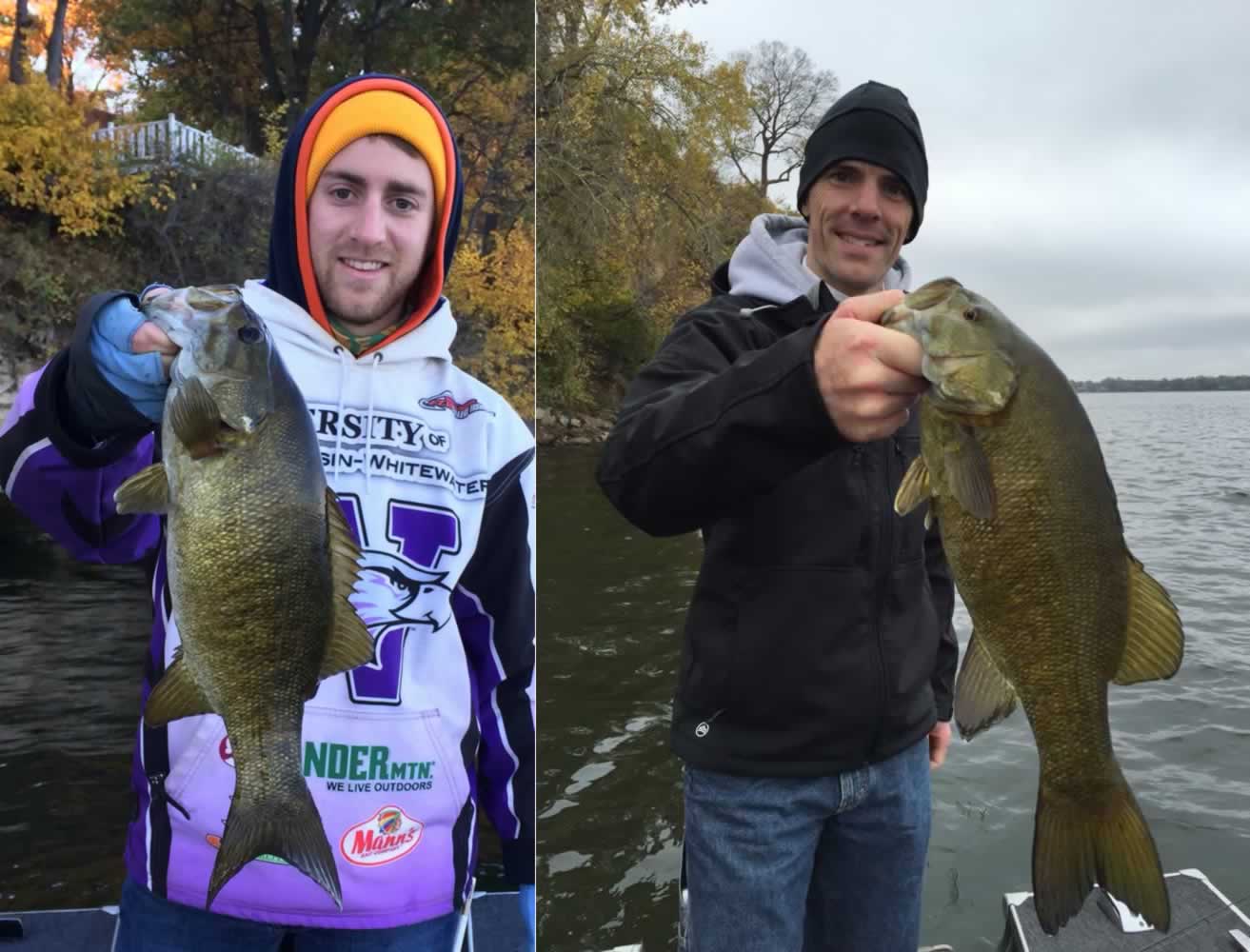 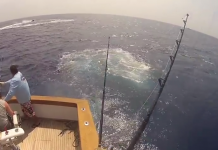