The Fishidy Blog
Home Fishing Stories An Opener To Remember

Years fly by these days, but I know this was an opener the spring after I discovered this hole.  I arrived a little too early this day and had to wait 2 hours to fish it before the shell ice came off of it.

There was fresh snow and the waiting for the shell ice to go off almost drove me crazy.  I was not comfortable casting in to the hole until almost 11am because of that ice.

This hole has all the markings of a perfect wintering hole.  A fast feed lane at the top and a serious step drop for the trout to hide under to ambush their prey. 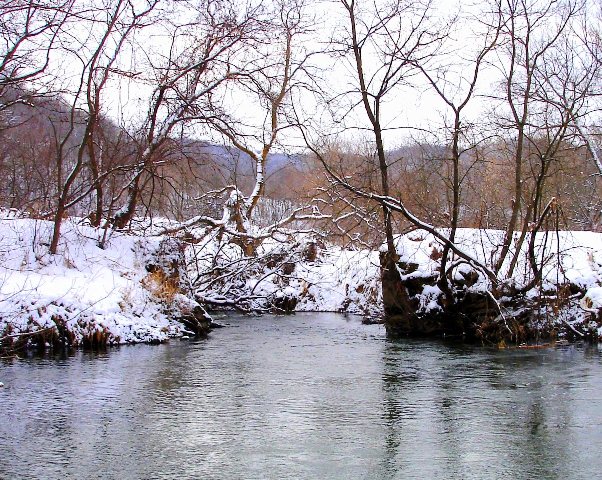 I needed to wade out in to the still water at the back of the pool to get up far enough in the pool to cast above the fast water so my spinner splash didn’t scare the residents of this hole.  I had fished the hole the year before and had excellent luck. The hole produced a 27 3/4s inch female brown that year.

The water was still so I needed to wade up not throwing a wake at the fish and scare them.  I slow waded about 15 minutes to cover 20 feet.  The water was maybe just below my knees after the wade.  The bottom was made of small rock.  This was a perfect bottom for invertebrates and minnows to thrive in.  The slow wade up was endless, but I finally made it there.

I needed to go down side arm to get under the low hanging limbs at the top of the hole.  I had thought about these limbs the night before opener.  I had already practiced my side arm casts on the way to the hole.

My side arm casts practice had produced this hook jawed brown on a hole one below the bridge ruins.  This was an opener and I usually have a superstition about stopping when I catch a trout over 20 inches, but today felt special.  A quick measure and photo of this 23 inch brown was completed and back he went in to his cut corner under the low hanging limbs. 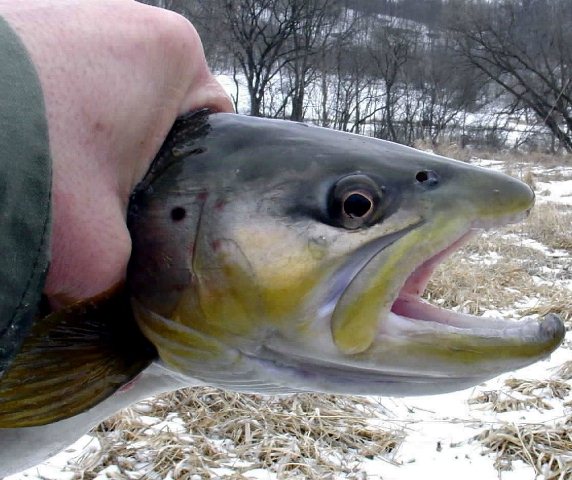 Back to the bridge ruins hole.  This hole was special it had produced the year before.  My first cast was true and a hook up was immediate. This 17 incher put up quite a battle. I immediately fought her downstream away from the meat of the hole so I could catchy another fish on other casts.  I didn’t want her to spook the hole. One photo and a measure and she was let go downstream of the hole.  I was a little disappointed my cast didn’t bring a bigger fish. 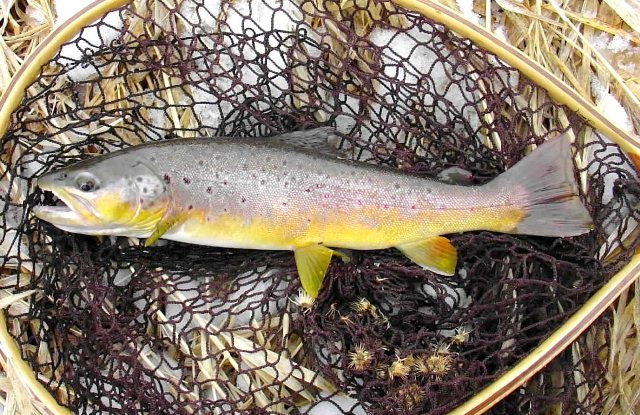 I positioned myself with that slow wade not to spook the hole and then I stood there a little to let the hole calm down.  I cast in there again and bang there was another.

This 19 inch female fought like a bigger fish but she made it to the net and for a photo and was let go downstream.  I think she fought bigger because of her huge tail.  It gave her more leverage. 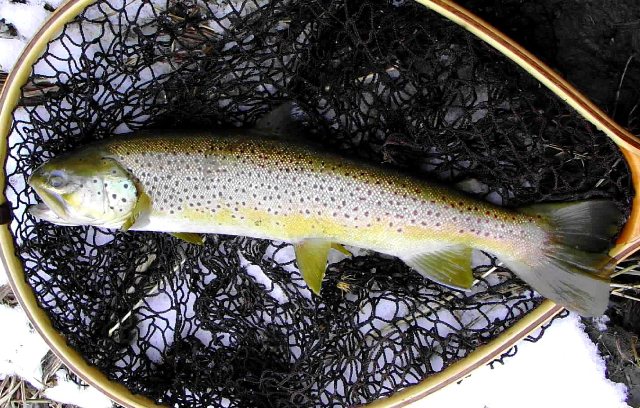 I typically let trout go 10-15 yards downstream of a big hole.  I don’t want them to scurry back in there and tell the others with their body english they are upset.

I made the slow walk up again in to the hole.  I waited again and cast in the hole for third time. The third cast was true, but nobody home.

I adjust my sight picture and decided the right side had a dead spot in the current that might hold a nice fish. There were overhanging limbs again so my side arm cast was needed. The fourth cast was golden.  This fish had some shoulders and took me deep and refused to surface.  It ran around the hole for quite some time before it came to net. 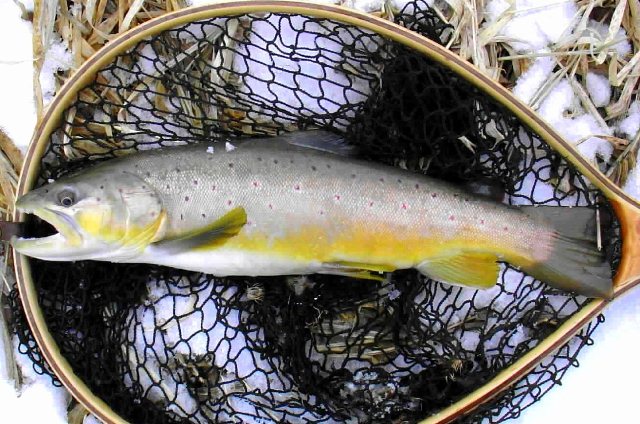 He measured 21 inches and was let go back in the main hole.  I quit opening day that year and went home.

I have kept log books now for about 25 years and I had my best numbers year ever last year but by far my worst big fish year ever.  I am sorry to say the years of big trout have ended and the numbers years are upon us.  Trout are being managed differently by the WDNR and the Catch & Release craze has made our streams over run with many stunted little fish.  There is only so much food available for trout to eat.  If you put more in the same space you have a slower growth rate due to lack of food.  Do an old trout angler a favor please?  Keep a few more trout in 2014 so the herd can be thinned and the big trout can return.