I was a little disappointed with my last journey in search of the mythical “Brigadoon Creek.” I have a three strikes and your out superstition. If I fish a stream three times and it fails to produce for me to my expectations, I write it off in my log book as a “No Return Trip Warranted.”

I had struck out twice in finding the stream of dreams.  I thought I should give it one more try. I looked at Goggle earth last night until my eyes crossed. I needed one more look to satisfy my curiosity. I was on the water by 5:20 am. The first hole I came upon looked very fishy. Twenty minutes later and 6 fish from this hole I was really fired up. There were 2 brook trout and 4 browns standing sentinel at the entrance to “Brigadoon Creek.” I can remember thinking to myself: “This is going to be an excellent morning.” 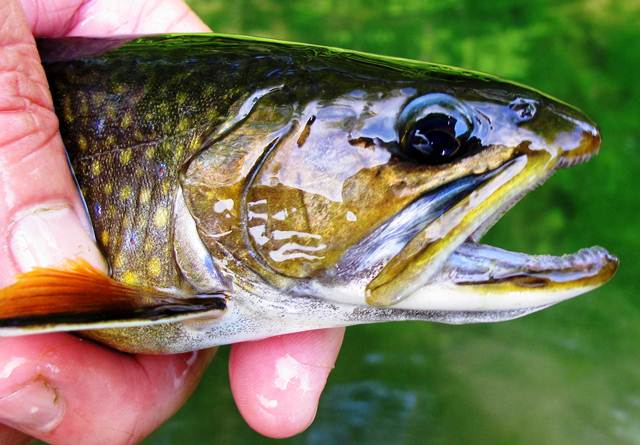 The holes were really far apart. Any water with 12 inches or more held trout. One hour later and 20 more smallish trout I  literally said aloud: “When are one of these trout going to be photo worthy?” I have a unwritten rule that a brown trout needs to be 15 inches to be photo worthy and a brookie needs to be over 11 inches. I began to question if I had found the magical stream I heard the old anglers reminiscing about. I rounded a bend in the stream and saw it. The sheer wall the two had talked about. I was certain I was there finally.

I can remember the two ancient anglers saying there were fish everywhere.  The first cast in to this hole the entire hole came to life. There were trout charging my spinner with blind abandon. They were so eager I did something I had never done with a spinner before. I had two trout on at once. One of the trout got off at hand, or I would have taken a photo of the double. I kept track of the fish I landed in that hole. I had 24 browns to hand and another 20 hits. All trout were under 13 inches.

I plodded upstream. I picked up a few more browns. The stream then forked. I remember the white haired story tellers saying the left fork went in to a totally road free isolated area. I took the left fork. It was a no brainer which fork to take. The left fork was smaller, but it also was 6 degrees colder. The stream sides were quite jagged and steep. At one place I swear I saw the rock walls of an old structure that might belong in Brigadoon. The small fork was not as fishy as the main fork. I walked up it quite a ways before I found a pool that could hold trout. 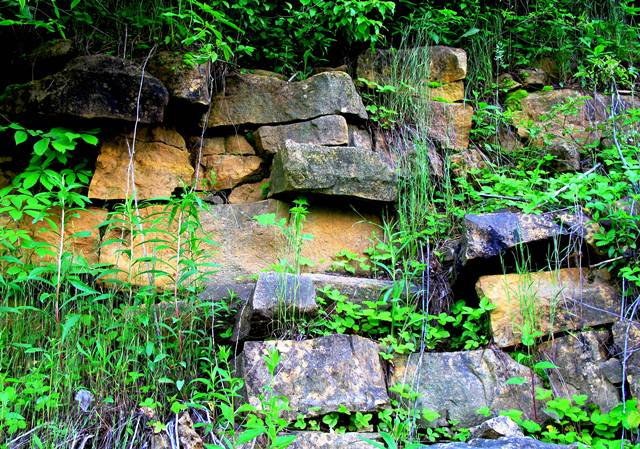 The first cast in to the oasis pool I scored a nice brook trout. I picked up a couple more and decided catching any more trout would just be selfish. It was a long walk back to the car. I had lots of time to think. I replayed what the old gents had said in my mind. There were trout every where stuck in my head. They said trout every where NOT big trout everywhere. This stream was their stream of dreams.

I caught my first trout at a young age. My father had set it up for me and it was caught on my first cast as a 5 year old first time trout angler. This trout was huge. It measured 23 and 3/4s inches. My whole way of thinking about trout fishing was formed that first day. I look at trout fishing different than most.

One angler’s Brigadoon Creek can be another angler’s Average Creek. I have always said: “I will trade 20 small trout for one big trout.”

I am still in search of MY “Brigadoon Creek.”