The popularity of fishing has exploded over the last several decades. Many professional fishermen are just as much household names as NFL or NBA superstars. Their dedication and expertise in the sport of fishing have encouraged numerous people throughout the United States, if not the world, to attempt fishing in hopes of feeling that tug on the end of the line, catching the next world record or winning a tournament. This explosion of fishing has led to several multi-million dollar industries: from fishing lines, to boats and everything in between. But that is just the nature of a capitalistic nation. Yet, I would have to argue that fishing is much more than any industry or person trying to capitalize from the popularity of a sport. For those true fishing enthusiast, fishing is about giving back.

I can remember as young child my father taking me fishing and hunting. The anticipation of going out with my dad kept me up all night just thinking about catching a boat load of fish or getting to shoot a squirrel out of a tall oak tree. Those memories have been stored away in my thoughts for years in hopes that I could share those experiences with my own children. Even though I continue improving my fishing and hunting skills, I still share many of the outdoor experiences that my father and I had together many years ago. Due to my wife’s work, my work and our children’s after school activities, it is almost impossible to get on the water or in the woods, but we do have our fair share of memorable times in the outdoors.

I am currently the Bass Fishing Coach at a small rural school in Kentucky. (Washington County High School in Springfield, KY.) When I was asked by the principal to research high school fishing, I jumped at the chance. I wanted to let some of our high school students experience fishing, whether good or bad, like I did as a child. Last year was our first year starting the fishing program. We had fourteen team members that ranged from an experienced high school tournament fisherman to someone who had never caught a fish from a boat. Therefore, we started from the basics: tying fishing knots, learning different artificial lures, etc. As the year went along we had more interest from the community and even individuals that had experienced fishing tournaments all over the United States. By my surprise Eddie Goode contacted me from an organization called Fishing For Kids. Eddie Goode introduced himself and asked if he could come speak to our students on the fishing team. At first I thought it might have been a hoax, but after asking around I came to find out this man was real. From the first time Eddie spoke to our team members it has been a whirl wind of experiences for the Bass Fishing Team Members. 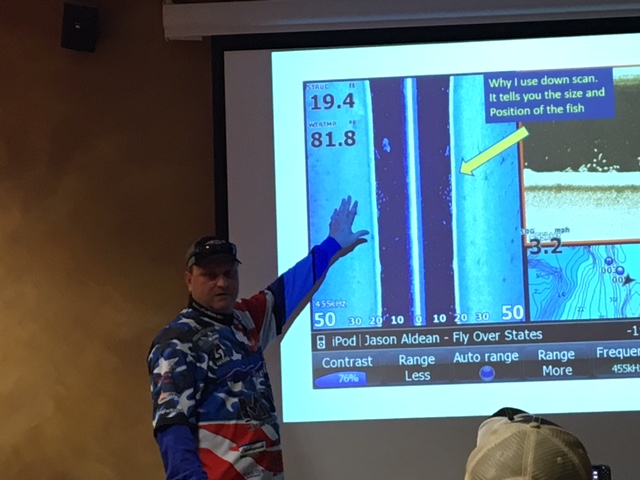 When Eddie delivered his talk to the students, you could tell that this was no ordinary school lecture. The team members and volunteer boat captains were on the edge of their seats listening to Eddie share his fishing wisdom and experience. His confidence and experience made him come across cocky, but as he continued to speak to the students they realized it was his confidence rather than arrogance. Fishing is a large amount of mental preparation, reviewing maps of lakes and having confidence in what you are doing. Two hours passed by before I could pull the anglers’ ears away from Eddie and his exploits of fishing. The very first night he came bearing gifts for the student anglers. Through the number of years he had fished on a professional circuit, he had accumulated a large quantity of lures and other fishing items. While Eddie was thanking the students for listening ramble on about fishing, he reached under the table and pulled out several boxes of baits. “Help yourself,” Eddie announced. You would have thought Santa Claus had just delivered his sack of toys to the Washington County Bass Fishing Team. The students’ smiles and numerous sincere thank you Mr. Goode would have made even the toughest person crack a smile. 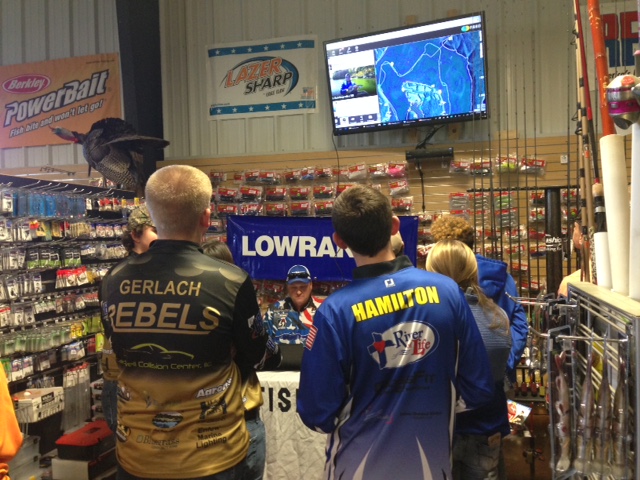 Eddie has come back several times to speak with our student anglers about fishing in general, boating, the importance of maintaining your sponsorship, etc. He also sent out a letter that I wrote to several of his sponsors in order to help our students get started with the fishing program. Many of them responded with various forms of generosity to the team. Once again the team was very surprised with the generosity that companies provided to assist our small rural school in the middle of Kentucky. 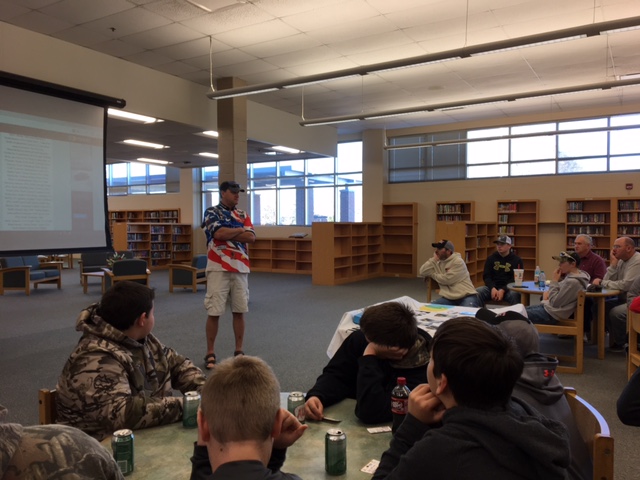 Eddie Goode and the late Trent Colvin provided an opportunity for numerous fishing teams around the Kentucky area to receive a variety of free artificial plastic lures. In October of 2013, Eddie sent out an email to area schools that had fishing teams. In his email he stated that he was going to have a cookout for fishing teams around the area, give out free baits and hold a fishing seminar. It seemed almost too good to be true. I do believe that several fishing team coaches thought this opportunity was just a hoax by some crazy person. Eddie was concerned that no one would show up so he asked me to send an email out to all the nonbelievers and tell them that this was for real.

On October 18, 2013 our team traveled in a convoy to Eddie’s house. It was nearly impossible to find. His house laid in the middle of nowhere and could only be considered civilization because of a few houses scattered here and there. Nestled in a little hollow at the base of two small mountains was Eddie’s house: a modest home with his own private fishing lake and a three bay garage. We had just entered a scene from one of Norman Rockwell’s paintings. The closer we got to his garage, we could see plastic bins and boxes lined up rows on the garage floor. Upon entering the garage we saw enough plastic baits to last one person a lifetime. 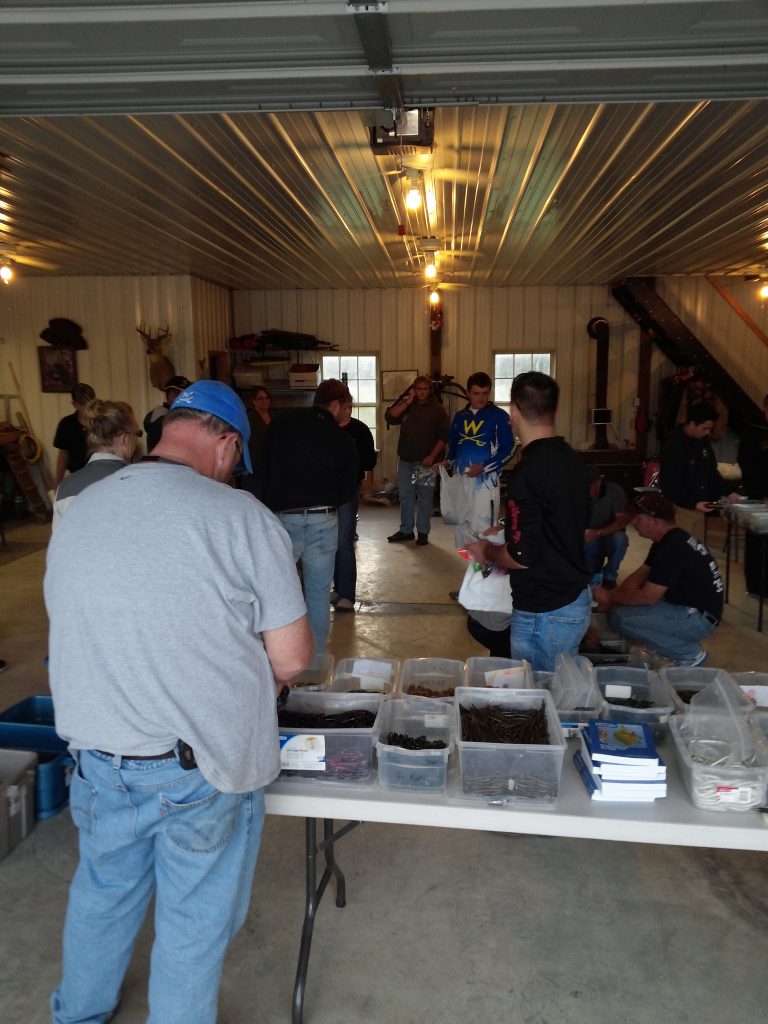 As the evening progressed more and more schools showed up to take advantage of free lures and food. Eddie and Trent Colvin instructed student anglers to get as many Ziploc bags full of baits as they wanted, and if they didn’t have a team mate present get them baits as well. I would estimate 20 to 30 student anglers came that night in order to receive baits, food and fishing advice. Students and coaches were in disbelief of the number and types of plastic baits that Eddie had available. Anglers filled their Ziploc bags to the top with a variety of plastic baits. The students were able to gather enough baits to last them several fishing seasons. Every student angler expressed their gratitude to Eddie as they gathered their fishing baits. As they got the Ziploc bags and bellies full of food, the anglers slowly began slipping away. Many came that lived an hour or more away and needed to get home before it was too late. The ones that stayed had more in store for them that night.
Eddie introduced Trent Colvin to the remaining anglers and told them that Trent would like to speak to them about fishing. The remaining ten or so students sat in chairs facing Trent and as he spoke to them he became more and more excited, because the students were so intent on listening to him. They absorbed every word that he said from fishing to the importance of staying in school and doing well. Trent then told students that fishing is a tough sport to get into, because of the cost and acquiring sponsors. He told them it was best to get a high school/college degree then go from there. Two hours went by before Eddie stopped Trent from talking. The students had to get home, because it was getting late. I do believe that Trent would have spoken to the students all night if Eddie had not interrupted.

That night in October, Eddie gave our team several more fishing poles, practice targets, books etc. Our team now has a copy of a manuscript that Eddie produced that has years of fishing wisdom. Several of our students, parents and volunteer boaters have checked the manuscripts out of my office to read. Eddie has been and still is a blessing to our team. He has helped us make several important contacts and given us ideas to do better on and off the water. He has even spoke to one of our team members about going on and participating on a college team.

Giving back is sometimes more important than winning any tournament or catching a large fish. I know that Eddie has worked very hard to get where he is at this stage of his life. Free baits to a bunch of kids that he has never met is just an example of what giving back is about. He has done numerous things for our team and even more for others through the Fishing For Kids Foundation in which at one point he was the president. To share information, show someone how to do something you love or just spending time with people that have a common interest is priceless. It provides individuals with a sincere appreciation for something they spend so much time trying to master over the years.
I have fished for several years, but I have done very little competitive fishing. Eddie’s insight and wisdom of the sport has encouraged even an old man like me to try and compete in local tournaments. When someone loves the sport of fishing as much as Eddie Goode, you can just tell it is a pleasure to share what knowledge he has acquired with others. It is even more gratifying when he shares information with young people. It ensures that our fishing and/or hunting privileges will be safe for the next generation. Giving back to the sport can encompass a wide variety of things, both tangible and non-tangible, but giving back for the love of the sport makes it a whole new endeavor. I know that Eddie gives back for the love of the sport. So thanks Eddie for giving back. 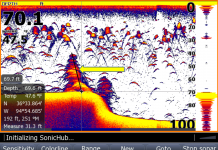 Investing in the Future with “Fishing for Kids”

4-Year-Old Catches First Bass By Himself