The Fishidy Blog
Home Fishing Contests Quiet on the Ocean and Loud in the Sound Leading up to...

With Days Unil the Manhattan Cup, the Bass are Here…
Just Not Everywhere.

Spectacular weather over the weekend had the armada out on both the North and South shores of Long Island.  Fluke bite is red hot now. Doormats are showing up in force all the way to Montauk.  Spearing and squid are the ticket.  The scup are on the chew as well and made for quite a few nice mixed bag days over the long weekend. 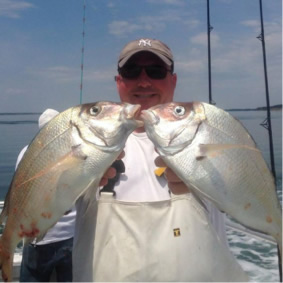 Blues are still chomping through leaders and carving up plugs.  They didn’t get the memo that the chunks were left out for our striped pals moving on through…..except in the western sound.

Post spawn slobs have made their way up the East River and into the waters off Westchester, Southern Connecticut, and the North Shore of Nassau County.  Multiple 20 pounders were taken on chunks and live lining bunker in the channel and on its edges.  The fish are picky with water movement and height of ebb and flows are when the bite has been on.  Several 30-40lb class stripers made an appearance, luckily not all of them making it to the filet table.

The largest and one of the most prestigious tournaments in the area takes place this Friday.  The Manhattan Cup sponsored by the Fisherman’s Conservation Association pits local and out of town captains and anglers in a one day catch and release tournament, now in its 16th year.  A seven hour window to chase blues and stripers on artificial, bait, or fly challenges all entrants to show off their local knowledge and angling skills.  The later start to the run with low water temps after a fierce winter will push those skills to the test. 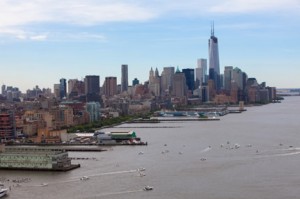 Team Manhattan to Montauk will be competing and we’re hoping for at least one win in a variety of categories.  Wounded Warrior James O’Leary looks to defend his title won last year on a 32lb slob a stone’s throw from the southern tip of Manhattan.

The support the Cup gives to charities like Wounded Warriors and Team Jacob (Autism Awareness) among others is just one facet of why this Friday marks the most anticipated fishing day of the year for many.  The gathering of the best fisherman in the area is a solid bet that this year’s event will be even better than last years.  Registration is still open at www.manhattancup.com.  Even if you can’t fish please consider sponsoring a team of Wounded Warriors or an individual Warrior.  Sponsorship is available on the site as well as the FCA Manhattan Cup Facebook page.  Also, more info here.