Rat-L-Trap SUPER-NATURAL and KNOCK-N-TRAP series have the looks that kill!

Maybe it’s the way they sound that sets them apart from all the rest.  Face it; Rat-L-Trap isn’t exactly a new company, and the lipless crankbait isn’t nominated for a best new actor award, but it has certainly demonstrated an ability to flat out catch fish from all corners of the U.S. for well over 20 years.  Whether you’re burning it just under the surface at busting smallmouth, ripping it through grass for largemouth, or targeting suspended and deeper fish by counting it down; this bait just does it all.  And now the company that started it all has raised the lipless bar a couple notches.

One look at the SUPER-NATURAL series and you’ll see for yourself just how super delicious these baits look.  Newly designed colors and patterns like Candy Craw, Blueberry Perch (below), Blue Shiner, Pinch’n Peach, and Fathead Minnow, are applied using cutting-edge technologies and are incredibly lifelike.  Packed with the same sound you know and love, and finished off by razor sharp Mustad hooks. When comparing them to others on the market the best way to describe the difference is to imagine looking at two televisions.  One is the big, wooden console from 1985, and the other is a 1080 flat screen wall-mounted next to the 10lb bass you caught at Lake Guntersville with your Dad on your first Rat-L-Trap that he gave you.

If you’re looking for a bait that’s a bit louder than a soft tap, and will provide you with the “Hey, I said get over here” size rattle, the KNOCK-N-TRAP will give you just that.  Shake it a couple times and you’ll see right away that it’s a much deeper, bigger sound, in the same size bait.  What you’ll also appreciate is that they’ve added a K to the tail of each bait so you can identify it from other Traps quickly and easily.  Gold Black Back, Sexy West, Chartreuse Flash (below), are just a few of the colors available that will immediately jump out at you as must haves for any body of water.

Here are a few other things to remember.  Each Trap comes with a case that you can close again and again.  Each weighs ½ oz, and are 3 inches long.  Most importantly, Rat-L-Trap lures are made in the U.S.A.  Bottom line is that they’re made here, with the highest quality, and are built to last.  The fish know the real deal when they see it, and now you do too! 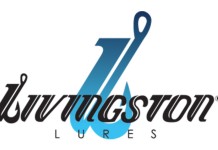 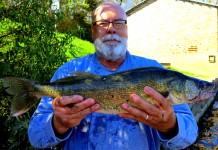