It’s been a long winter! You can say THAT again!

But I have some good news for you…the days are getting longer, the temperatures have started to rise and our friends in the south are already slamming those big giant pre spawners. What about the north? You know..that area with all the white fluffy stuff?

First off, let’s get one thing straight; we don’t live in igloos and drive snowmobiles to work. Well, most of us don’t anyways!

It’s this time of year us northern folk are sniffing our fishing gear, cleaning up our tackle and preparing for the ice to break, so we can join in on the pre-spawn action.

Like the south, northern anglers chomp at the bit to target giant spawning bass. If you’re like me, you have one thing on your mind; prepping for big water Smallies! 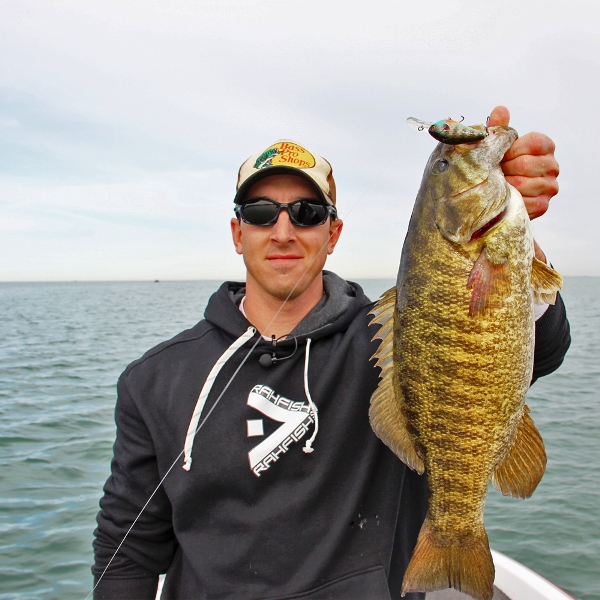 Having close access to the Great Lakes, like Lake Erie and Lake Ontario, much of my pre spawn fishing is done for Smallmouth bass. Why you ask? Well, if you have ever had the chance to rip a jerkbait through the shallow flats of Lake Erie in the beginning of May or targeted deep water spawners in Lake Ontario with a drop shot rig, you’ll know exactly why. If your geographical location has you pinned outside of these vast, plentiful bodies of water, your in luck because I’m about to let YOU in on what goes down for early season Smallmouth.

After a long winter in the depths of the Great Lakes, the majority of the Smallmouth population slowly starts to make its way to the shallows, which is about the same time the surface temperature warms up. During this time, the natural migration of crayfish happens as well. This is an entirely different topic in itself, BUT it plays a big role in the movement of the Smallmouth. Something else you should know regarding the forage, is the mass amounts of Gobies which is the main food source for these oversized Smallies throughout most of the season.

It’s always interesting to observe other anglers while on the water, especially this time of year because most tend to just follow the pack. While fishing on Lake Erie early last season, the water temperatures were getting warmer and naturally I started looking for migrating Smallmouth out in deep water. While fishing in 20 – 40 feet, all I could find were optimistic anglers hoping for a deep water bite. Quickly realizing that those big Small Jaws we were all in search of could in fact have moved shallow already, I ran closer to the bank and started fishing in 4 – 8 feet of water.

Scouring the shallow flats with a variety of square bills and jerkbaits, I started to mark fish on the secondary break before deeper water. Keeping in mind that it was still fairly early in the season, I got on my trolling motor, pulled off the break and began casting towards it. It wasn’t 10 casts before I hooked into a post spawn 22” Smallmouth that tipped the scales at 6.2lbs!

After I boated the early season giant, I took a picture and quickly released her. Shortly after the successful release, I started wondering how that fish could have been a post spawner already. The ice had only been out for a short period of time and the water temperatures were still in the high 40s – low 50s. Then I started to think about Lake Okeechobee and the waves in which those Florida Largemouth move in and out to spawn for months on end. With the rise of the Goby on the Great Lakes and the increase in Smallmouth population and size, could our northern Smallmouth be behaving similarly to their distance relatives from the south?

Only living a stones throw from Lake Erie, I traveled back to the lake on a few different occasions and continued to catch shallow spawning Smallmouth right through until the beginning of June. It’s not often you hear of waves of Smallmouth spawning in the north, rather they all move in, spawn and move out. I guess you could say a “one and done”? With that being said, that theory was tested last season as there were spawners for the better part of 7 – 8 weeks. 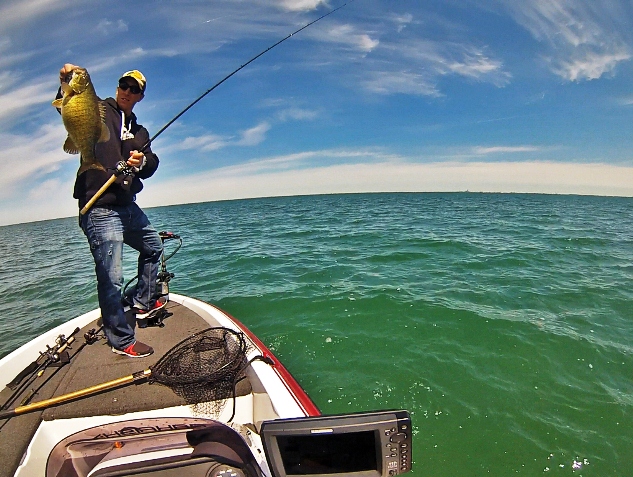 The behavior of the Smallmouth is something only a few can confidently put their finger on and unfortunately I am not one of those individuals. Like you, I have had some success on the water however there is ALWAYS something to learn about Smallmouth fishing, especially when it comes to their spawning cycle.

This spring, I tend to put my Smallmouth “spawning in waves” theory to the test. As we all know, the warmer climate in areas like Florida allows the 7 and 8lb Largemouth to spawn in waves. What’s to say 7 and 8lb Smallmouth on the Great Lakes are any different?

With an extra cold winter and overly frozen tundra this year, that may mean a late start to the season. Only time will tell if I have the chance to test out my Smallmouth spawning theory.