The Fishidy Blog
Home Fishing Stories Diamonds in the Seas

Thanks for stopping by for some fish stories. Excited to be part of the Fishidy team and sharing my passion and local knowledge of the dynamic, historic, and majestic fishery of the waters of the New York, New Jersey, and Connecticut coasts.

The 2013 season held more than just the usual preseason unknowns. Just about every fishing story told now is prefaced with the before or after Sandy classifications. A shortened striper and tog season in 2012 for many fueled the desire for so many anglers to show it would take more than a storm and its heartache to keep lines out of the water.

Be it the porgies and sea bass on the reefs, togs on the wrecks, tuna or shark offshore, there isn’t a fisherman in these parts that doesn’t hold a place in their heart for the striped bass. 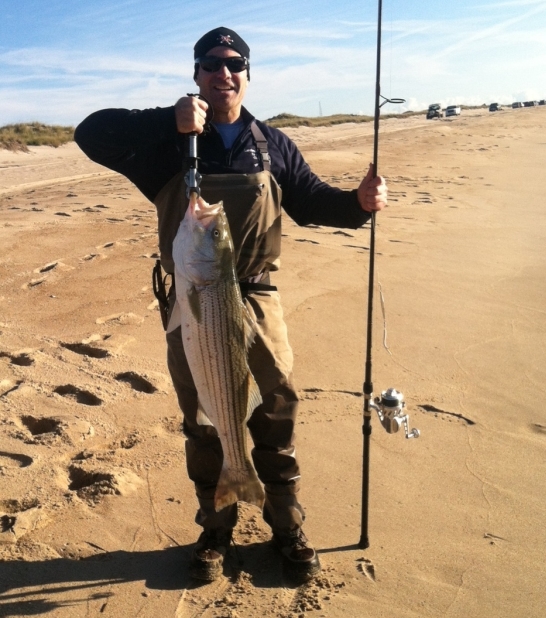 It was a good year that became great. A slow start to the season had many fearing the worst of a new landscape and bait patterns and that the bass may just pass us by. First there were schoolies, then there big ones. They came back to their usual haunts, eating their usual snacks. The spring bite softened to its usual summer pattern as the waters warmed up. A great fluke bite, and even better tuna bite for those venturing to the canyon confirmed that all was well and good. Trophies in a wide range of species were caught, and the signature fish of these waters was about to make its mark on the season of 2013 as autumn came around.

In the filler time once the bass bite slowed mid summer and the fall run, catching kingfish off the shore of Atlantic Beach was fun and kept me and some other anglers occupied. Wouldn’t it be great if tiny sand eels they were spitting up ever got big enough to make the stripers go crazy? We felt crazy to even mention the notion of one of those sand eel hatches of past years.

Montauk was oddly slow for the months she usually shines. Steady and stiff Northeast winds in the days leading up to Columbus Day weekend made for the type of surfcasting deserving of her title as The Mecca. With many boats stuck at the docks waiting for the wind to lay down, once back at the point it was hopes of a herring run in late November that was the only solace to many captains.

Some pointed to the storm rearranging the usual hiding spots for pre migrating cows, others to the overall health of the fishery as to why the dependable bite wasn’t happening. Then some fish showed up by Moriches. A lot of them, and they stuck around. 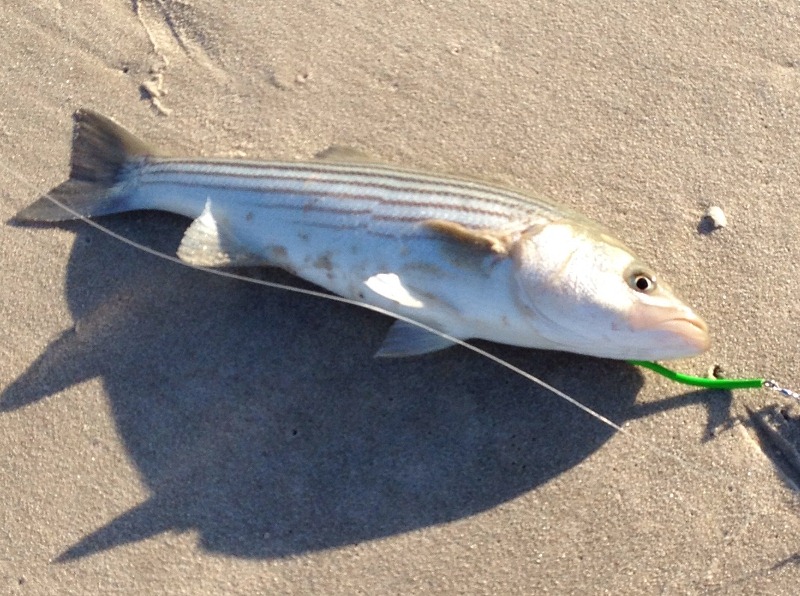 The buzz made its way around. Reports of epic, best in years, unreal, mind-boggling fishing rolled in. Bass and blues ferociously fed on sand eels and kept feeding on them. It wouldn’t last, they could be gone tomorrow everyone kept saying. Then they said it the next day. It was easier finding D batteries during a power outage than getting an A27 with a green tube at any tackle shop.

The coldest temps of the year to date may have marked the end of the season for some, and the start of the homestretch for many others. If you have been on this historic bite, bundle up and keep enjoying it. If you haven’t, there’s still time. Bass are still gorging themselves on sand eels along the south shore of Long Island and New Jersey, readying themselves for the long swim south for the winter. Don’t miss out on this amazing fall run.

Tackle Choices: Anything and everything sand eel. By boat, hammered gold or silver diamond jigs and eels on 3-way swivel at night. Sluggos as well, but keep them small. Off the beach, A27 with green, white, or red tubes, weighted tsunami rubber sand eel, ½ oz white bucktails with Uncle Josh #50 pork rind, or needlefish. Redgill and soft sand eel imitator teasers are catching as well.

Tip: Don’t give up on casts from the beach too soon. Many fish are really close in.

Good luck catching, and think about letting some of them take that long swim south.