Owning a kayak brings much pleasure to folks who enjoy the water and want to be close to nature, but fishermen double that benefit by creating fishing opportunities they may never have thought existed!

Kayaks afford you a practical way to access waters that larger watercraft cannot reach. Ponds, gravel pits, small lakes and reservoirs rarely have adequate boat launch facilities and many have motor or horsepower restrictions. This greatly reduces competition. Shore fishermen are obviously limited in their reach. This is a perfect scenario for the kayak fisherman who can fish all the water he or she can see. 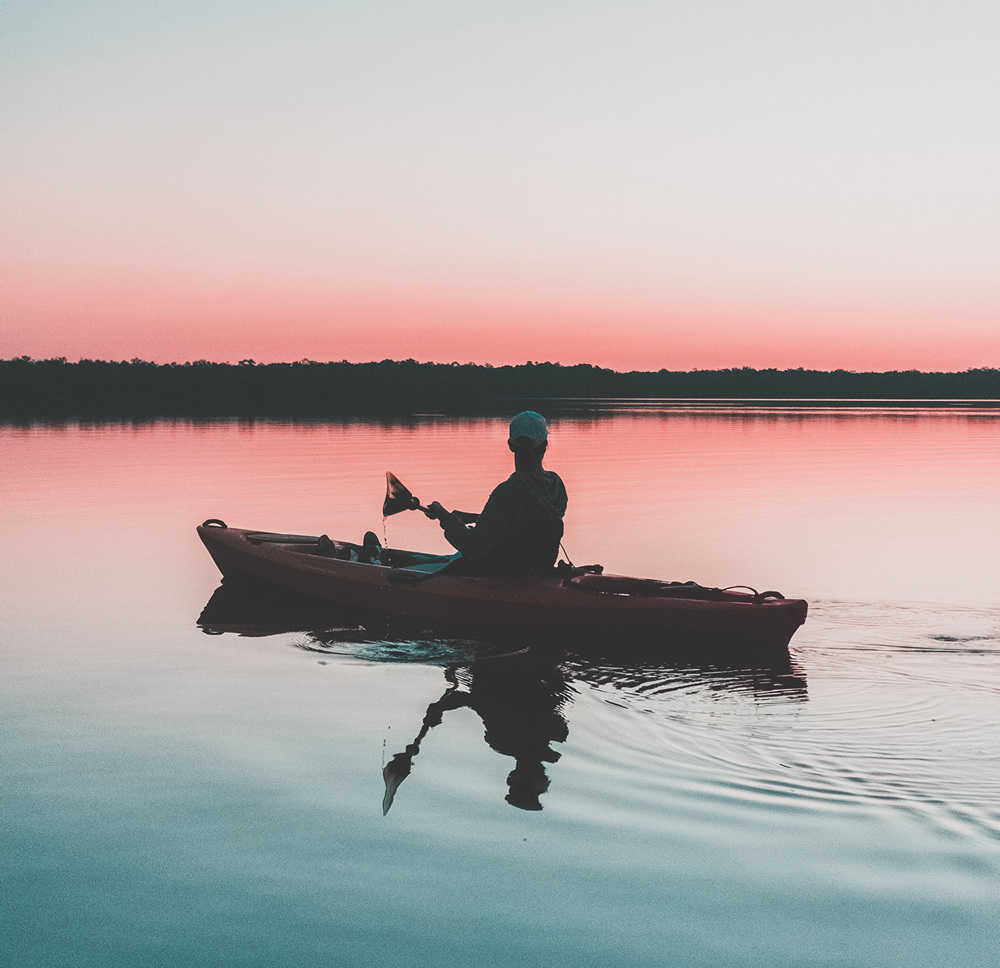 Kayak fishing is stealthy. The low profile and almost non-existent signature on the water allows you to get close to fishy areas and structure, improving your fish catching. Planer boards came into vogue for a good reason. Engine noise and large boats will spook fish off to the sides. Kayaking eliminates this problem.

Kayaking is a great way to access rivers. Most rivers throughout the country maintain put-in and take-out locations. With your own kayak, you can plan day trips or overnight expeditions. Rivers abound in opportunities for an array of species. There is no better way to spend a summer day than fishing down a river from your kayak.

Dave Ohmer of Erie, Pennsylvania, was introduced to kayak fishing in 2013. Being a science teacher, Dave takes full advantage of free time in the summer and averages nearly 100 trips on the water each year. Dave fishes both still water and rivers as conditions and circumstances allow.

Dave advises newcomers to keep things simple and grow into your accessories as you gather experience. There is a myriad of gadgets to accessorize your kayak. He points out the choice you will make between a longer and narrower kayak or a shorter craft with a wide beam. The former allows for more speed, the latter more stability.

When asked what he saw as the main advantage of owning a kayak, Dave said, “A kayak delivers a simplicity that is rather unique. Shallow waters that restrict access to boat traffic are not an issue to an angler in a kayak. A kayak also has a much smaller profile than the typical boat, which makes approaching fishing hotspots without disturbing the fish much easier. The biggest advantage might just be access to the water. You can launch a kayak from many places on the typical shoreline as opposed to a boat, where you need a boat ramp to launch from.” 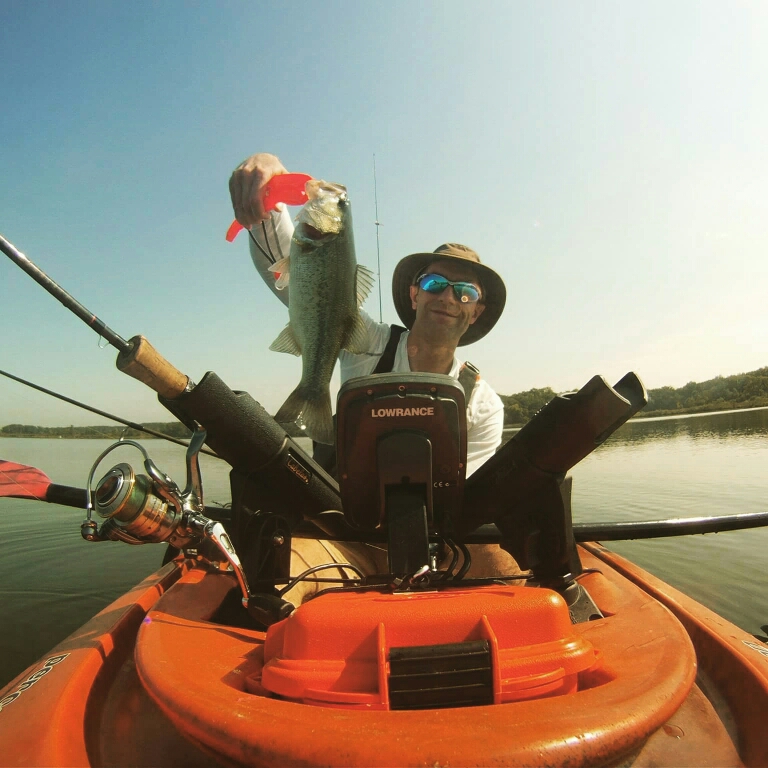 To give you an idea of the explosive growth of kayak fishing, consider the Western Pennsylvania Chapter of Kayak Anglers. The flagship chapter has grown from 30 paid members in 2013 to a total of five chapters (four in Pennsylvania and one in New York) with a membership of just under 300. (You can visit their website at http://www.kayak-anglers.com for more information.)

Chad Foster of Carlton, Pennsylvania is the Tournament Director for the Western Pennsylvania chapter. He is a relatively new kayak fisher himself, only beginning in 2015. Chad stated the organization was formed for camaraderie, fellowship and friendly competition.

Kayak Anglers’ tournaments are fish-friendly. It is “catch, photo and release,” right where you catch them. Competition is based on length, rather than weight. The highest total inches of the angler’s best three fish wins.

I asked Chad the best reasons he could give a good friend to invest in a kayak for fishing. He replied, “Simplicity. You don’t use gas, don’t need a trailer and you have the ability to access fishing areas others can’t. Assuming you have fishing gear, you can fish the day you buy it. You can accessorize as you grow into the sport.”

Kayak anglers seem to be the happiest fishermen around. Even if the fishing is slow, the serenity and intimacy with nature is ample reward. Consider investing in a kayak. It will keep you smiling all season long.