This past week I found myself on the shores of Kentucky Lake for a convention I attended. We stayed at the Kentucky Dam Village, where I learned about the vast recreational opportunities the lake had to offer.

Not only is Kentucky Lake home of fishing resource FLW, but it is also home of one of the fastest growing sports in the fishing industry, bow fishing. One has to take a moment and drink in the diversity. Bow fishing at night, bass fishing at day could provide quite a challenge – one I accepted wholeheartedly.

I haven’t bow fished in almost 20 years, so I have to admit that being rusty would be an understatement. But Team Muzzy Bowfishing pro Mark Lund reassured me it was like riding a bike – once you shoot you never forget. 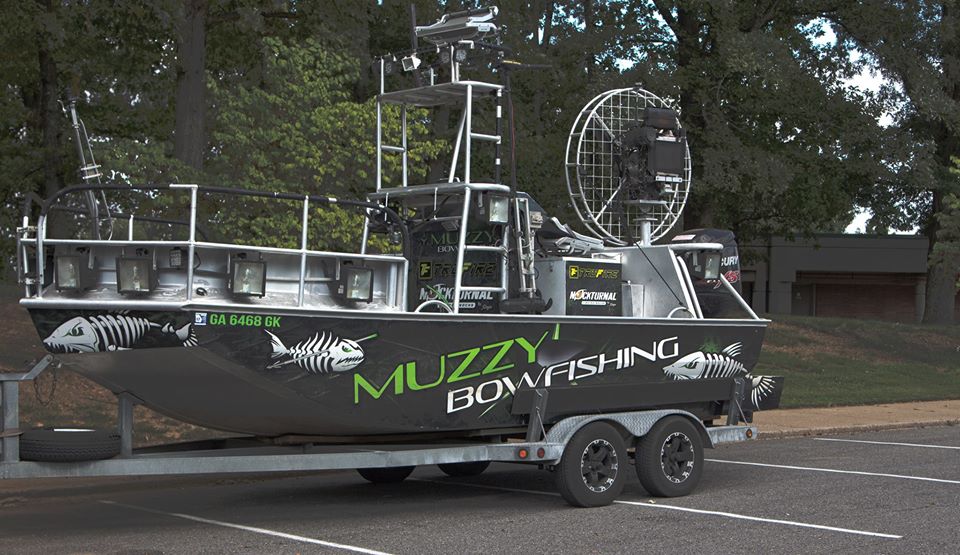 Pro-shooter Gretchen Steele, Mike McNitt, his buddy Mark, and myself set out on the Team Muzzy boat to find silver and grass carp, sheepshead, catfish, and other fish on the approved hit list and to prove how right Mark could be. 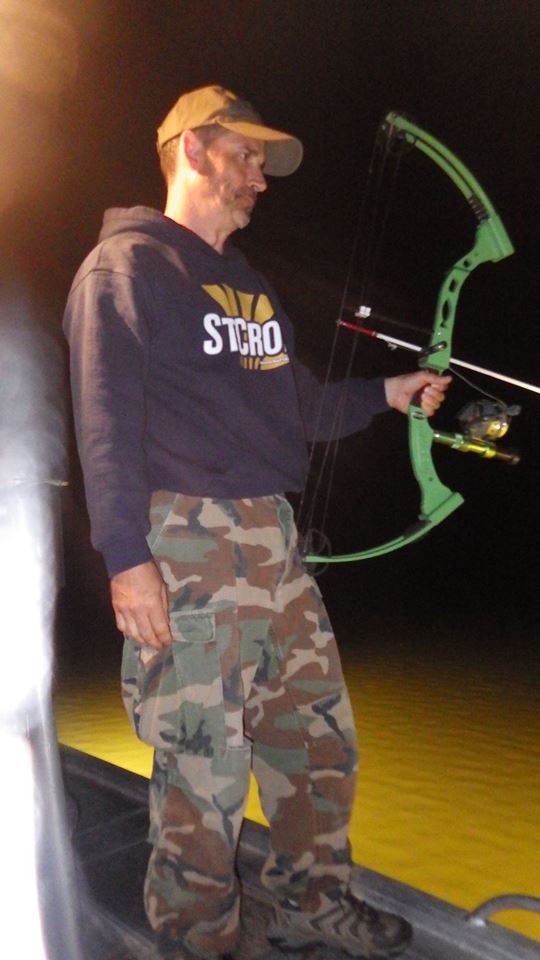 Given that we are hunting carp in the fall, a practice that isn’t done very often since the fish tend to go in deeper water; we expected to struggle finding fish on the get-go. Mark’s professionalism and excellent understanding of the lake put us on a carp right away. Mike drew and missed; I took the second position, fired, and connected. The carp was quite a ways away (some would say 40 yards ahem), so the arrow didn’t have much foothold and the fish slipped off at the boat.

A few moments later, we landed on a school of sheepshead. Gretchen and I connected with a couple sheepshead before they realized we were on the hunt and headed out to the deeper, muckier water. 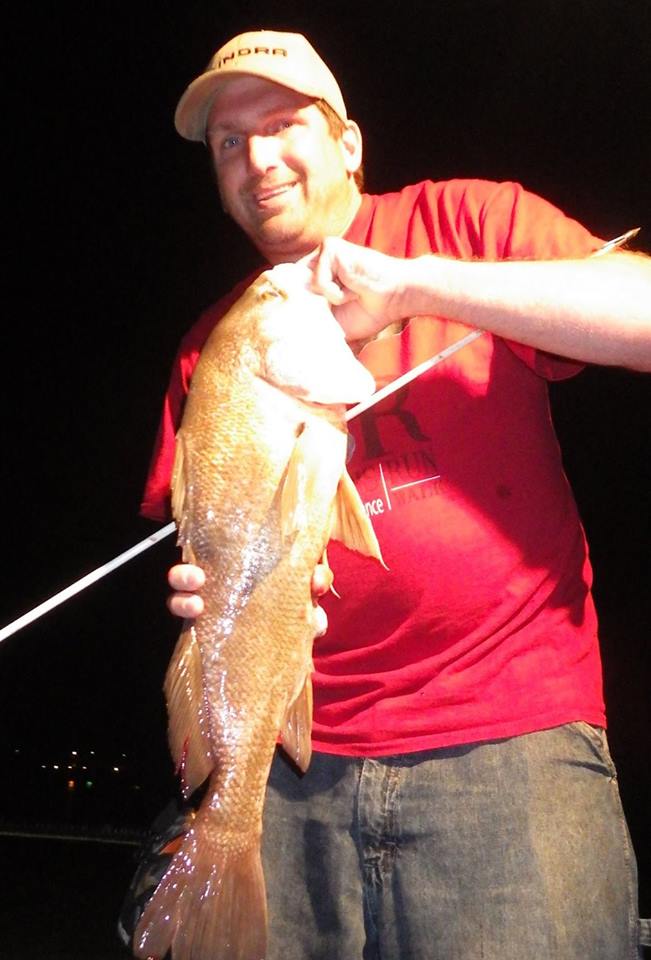 On the way back to the lodge, we found schools of silver carp (the kind that jump when boats come by) so we took up a holding pattern over flats and drop offs. Mike and I connected with silvers on the fly, and had a blast watching them jump at the boat as we went by.

Keeping track of our boat position at night was not a difficult task as I keep track of our location using the Fishidy app. I found it to be very useful to identify potential carp locations as the boat approached them and was prepared to make my shots accordingly.

Later in the week, I spent time with FLW angler Ray Barga and fellow event participant Scott Heminger. We spent the day on Kentucky Lake fishing for bass. Given the recent lake draw and cooler water, the bass were a little slow. We were hitting them in deeper water next to the schools of shad on shaky head worms; and in shallow, clear water using popper plugs. 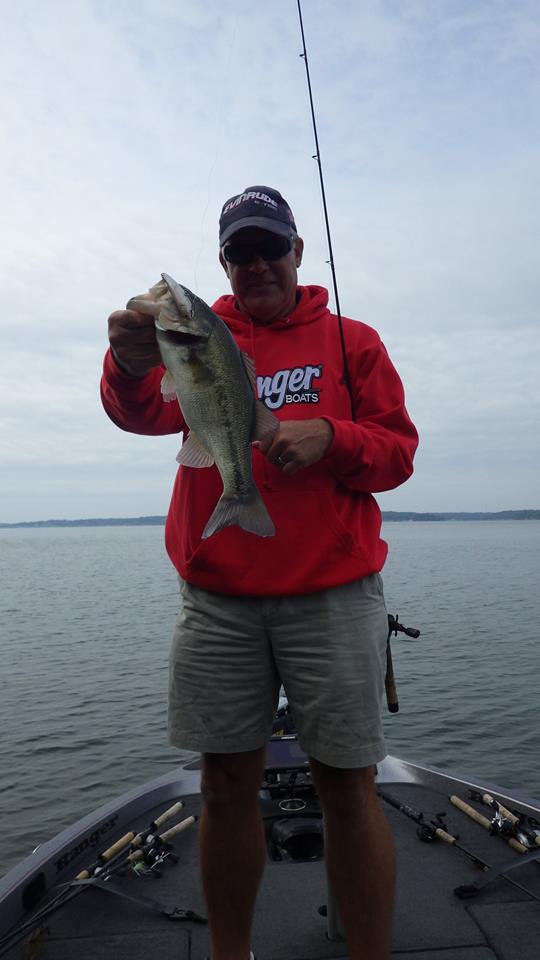 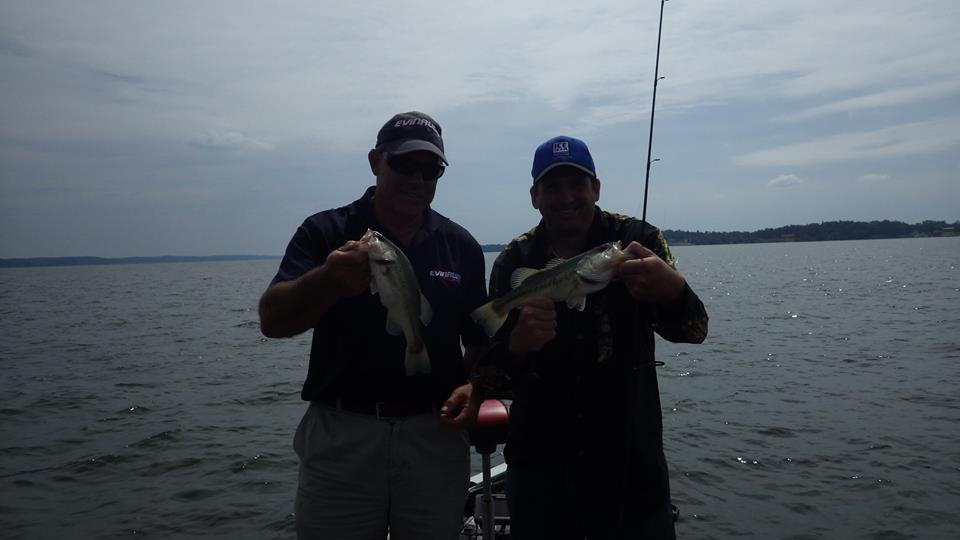 Again, the Fishidy app came in handy. Being in a co-angler position, it’s difficult to access boater sonar; so the Fishidy app provided me with an in-depth look at the contour of our boat position and allowed me to switch lures accordingly.