As fall fast approaches there’s been only one thing on my mind more than Brewers post-season baseball and the Green Bay Packers, and that’s the Fall Turnover period. Fall fishing, as mentioned in my last blog entry, can be a time of unbelievable success. But, it can also become a time of very tough conditions, because fish may become scattered and very hard to pattern due to turnover. It’s a time of fast paced, water-covering fishing in search of hungry fish in various types of cover and water.

Many times in fall tournaments, it’s the person who puts the most baits in front of the most fish who comes out on top! It’s also the return of peaceful fishing since fall marks a significant reduction in boat traffic, which can become a great help in tough fishing conditions.

Fun Fact: during winter the temperature never will get colder than 39.2˚Fahrenheit beneath the ice! This is because the water at the 39.2˚ mark begins to expand and float above the water beneath it, eventually adding to the ice cap on the lake stoping any further energy loss from the lake.

Water also has the ability to stratify. In fisherman’s terms, this is the ability to create layers within itself, like the Earth’s atmosphere. There are horizontal sections within a lake that are created by the differing water temperatures. The warmer chunk is on the top, cooler on the bottom and the thermocline is located in-between the two of them. This middle section is by far the smallest range, but is one of the most important areas for fishing because it attracts fish (Blog topic: Understanding Thermocline, coming soon!)

Beginning mid-summer water temperatures are reaching surface peaks since it’s absorbing the maximum amounts of energy from the sun. Once the stratification is completed and the thermocline effectively creates a barrier of mixture, the deeper waters begin to get depleted of the oxygen base towards the end of the season. At this point grasses start to die, fish begin to suspend due to lowering oxygen levels and the dropping of temperatures commence. Now, once the fall turnover process initiates, the thermocline starts to disappear because of the churning effects of the convection currents.

There are several ways to know that turnover has begun:

Where to Fish and How to Catch Them

The first place to find fish during fall turnover periods is the shallows. Shallow water warms more easily which holds oxygen better. In turn, baitfish move into these areas who are followed closely by their predators. Also, shallow, wind-blown points are useful places to start because the waves oxygenate the surface water in shallower water better than in deeper areas.

Another rule of thumb during fall turnover is to follow the panfishermen. At that time of year they tend to move towards shallow flats that the fish have moved up on, and the bass with follow them for feeding purposes. Flats that have 2-5 FOW (feet of water) that drop into 6-10 FOW further off the bank, are great in fall. Other key areas include outside edges of weed beds, river mouths and areas of current that keep the conditions relatively constant throughout the year.

Some of the most productive baits at this time of year are shad imitators such as crank baits and spinnerbaits. Whites, silvers and golds are the colors of choice for the waters I fish in WI. These are the primary colors for shad and other baitfish, but you really have to do your research and know what types of baitfish are in your waters. Topwater is definitely a great choice, as well! I prefer black buzz baits, Heddon Super Spooks and Spro Bronzeye 65 or Bronzeye Poppin’ frogs. I also prefer the 65 over the 60 in fall because the bigger profile matches that of the frogs at this time of year. Again, Match the Hatch!

Finally, if that doesn’t produce, jigs and craw tailors or texas rigged baits work well if worked very slowly. Crawfish at this time of year begin to move slower so bass will not expect them to be rocketing across the bottom as they do from time to time in summer. As you can see, those three different types of baits cover the three sections of the water column. Being able to determine whether they are looking shallow, deep or in-between can help you key in on your pattern.

On your next adventure out to the lake be sure to keep these things in mind. Don’t be afraid to cover a lot of and different types of water, whether it be depth or structure, to find a successful pattern. Have confidence in whatever it is you’re throwing. When fishing is tough, pick up that one stick you’ve been catching fish on all year. In tough conditions throw what you’ve got faith in! 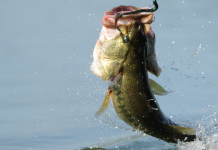 The 5 Best Bass Lures and Baits 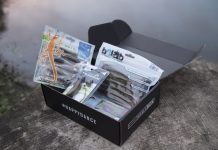