A month ago, if you invited me out fishing using live bait, I would have laughed and told you to forget it. Never in my life would I have imagined using wild shiners for bass. However, on December 9th, I was exposed to a whole new world of fishing. 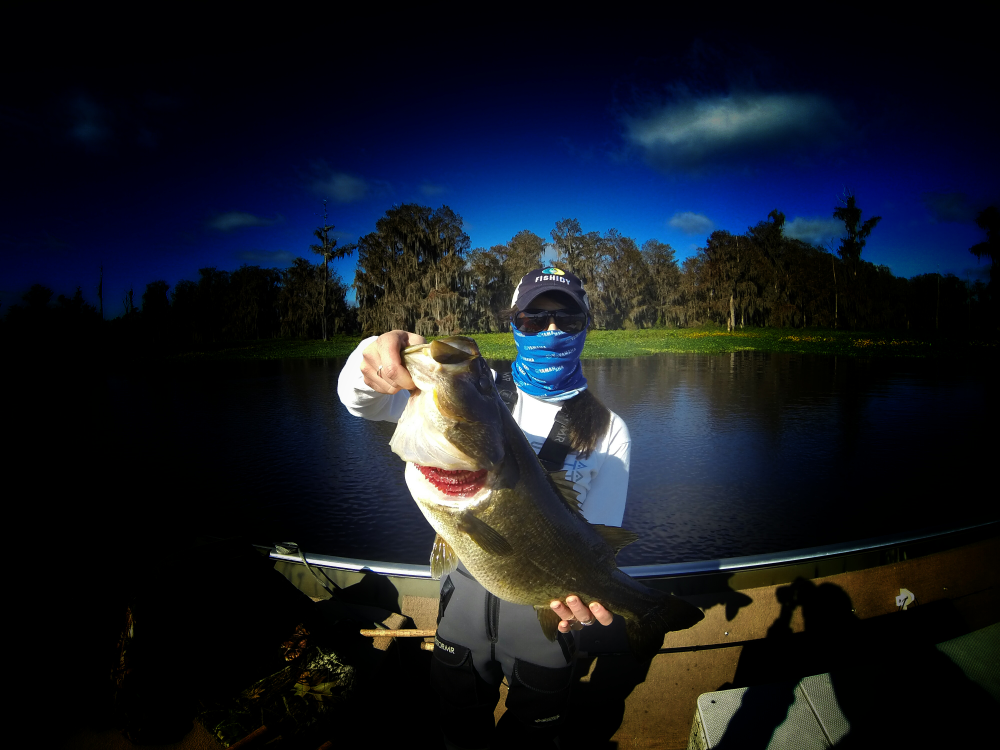 Growing up, my father always had the best fishing equipment, the newest plastics, and nearly every damn lure you could think of. Naturally, I grew up fishing those lures. I learned the techniques and the proper ways to fish them. Most who know me, know that I tournament fish and you also know that in tournaments, you’re only allowed lures and plastics. 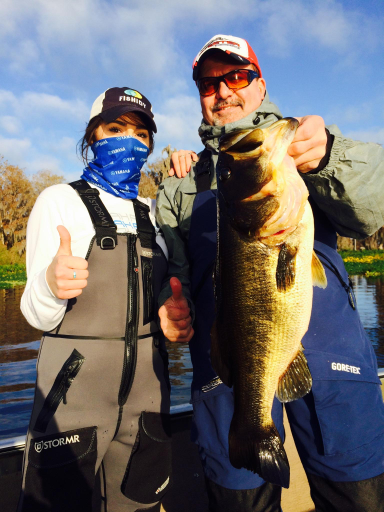 Even before I was born, my parents have had a condo in Ocala. Ocala is located in central Florida, north of Orlando and South of Gainesville. Some of the best bass fishing in the country happens down there. When I tell people about Ocala, many react the same,  “Oh that’s horse country,” but there’s much more to it than that. 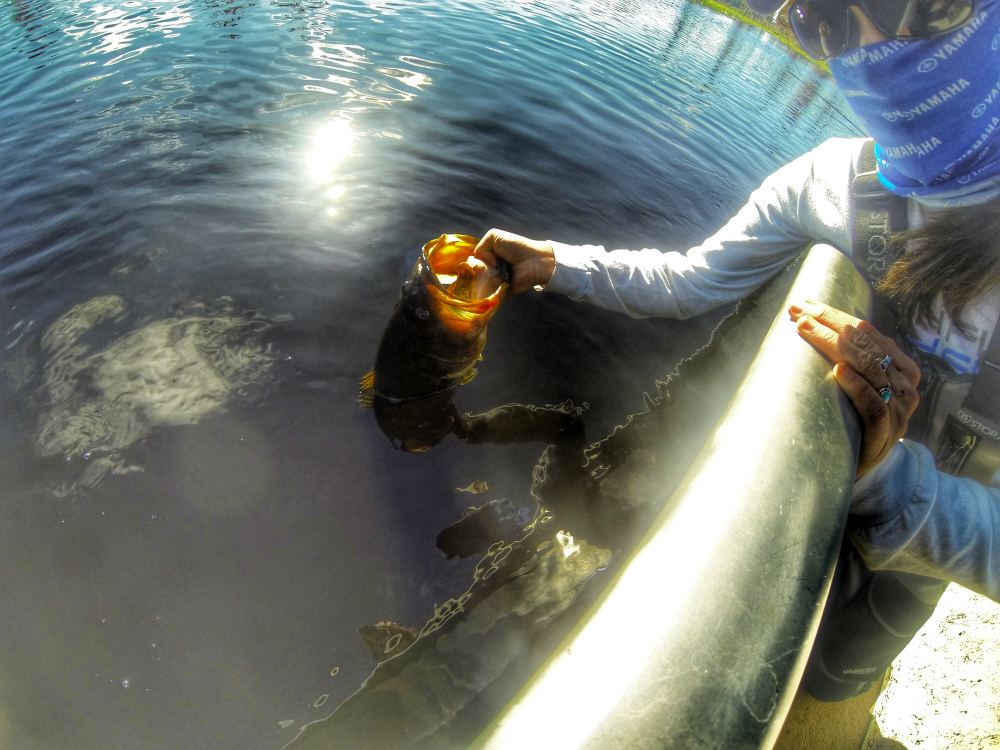 Most don’t know the hidden gems in this neck of the woods like, Rodman Reservoir, St. Johns River, Lake Lochloosa, and the Ocklawaha River. These all reside right here in Central Florida. Like I said before, some of the best bass fishing takes place right here. One place that always takes my breath away is the Ocala National Forest. With over 430,000 acres, it lies between the Ocklawaha and the St. Johns River. The Ocala Forest is also known for having over 600 natural lakes and ponds. Between the river boundaries of this forest lie central highlands, coastal lowlands, swamps, and springs. And you wonder why I want to live here. 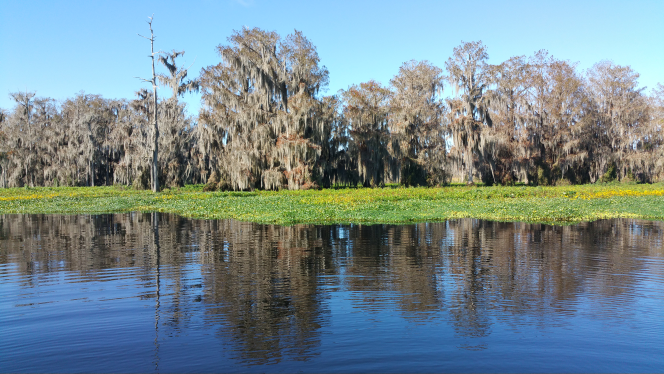 With that being said, let me introduce to you Sean Rush, Owner and Operator of Trophy Bass Expeditions here in Florida. For 25+ years, Sean has dedicated his life to the water, studying under his grandfather who was a well respected guide in his day. Sean developed a strong reputation at a young age as a trophy bass angler. At 17 years old, he started running guided trips, which lead him to spend 300+ days a year fishing for giant bass. 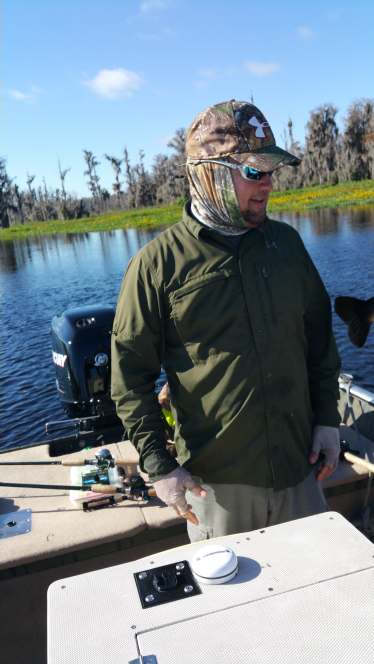 Typical equipment for the day starts with 13-dozen wild golden shiners, Shimano 7’ to 7’6 heavy action rods, along with Shimano reels spooled with 15-25lb Berkley Trilene line. The rig is a custom-built 20ft Sea Ark Super Jon 2072MV with a Mercury 90 HP Optimax accompanied with a Minn Kota 80-lb thrust 24-volt trolling motor and 2 Humminbird electronics. The boat sits on a Road King Aluminum trailer and is towed with a Dodge ram 1500 crew cab 4×4. 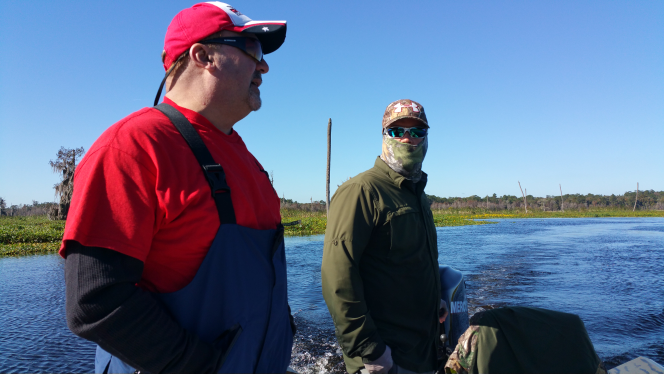 I began the trip with an open mind, however being a tournament angler, I thought there was no skill in using live bait. I mean come on, you’re throwing the shiner out there and waiting for a bite. Initially, you do just throw the shiner out there and wait for a bite, but I was so wrong about the technique. Sean had started the trip out with the typical ‘what to expect, what the game plan was’ speech and then proceeded to show me how we we’re ‘going to catch some bass.’  He also let me know that I would miss more then not.

Sean showed me how to flip the shiner to the edge of the vegetation and feed the line out by feathering it through your fingers. This took awhile to grasp, so I missed the first few fish. Once the shiner swims under the vegetation, you hold the line between you’re fingers to feel a bite. Sometimes the bite was instant, other times not. You could feel the shiner get nervous by pulsating through the rod and then BAM! When I knew I had a fish on, I slowly reeled all the slack out of the line, and swung like Babe Ruth. 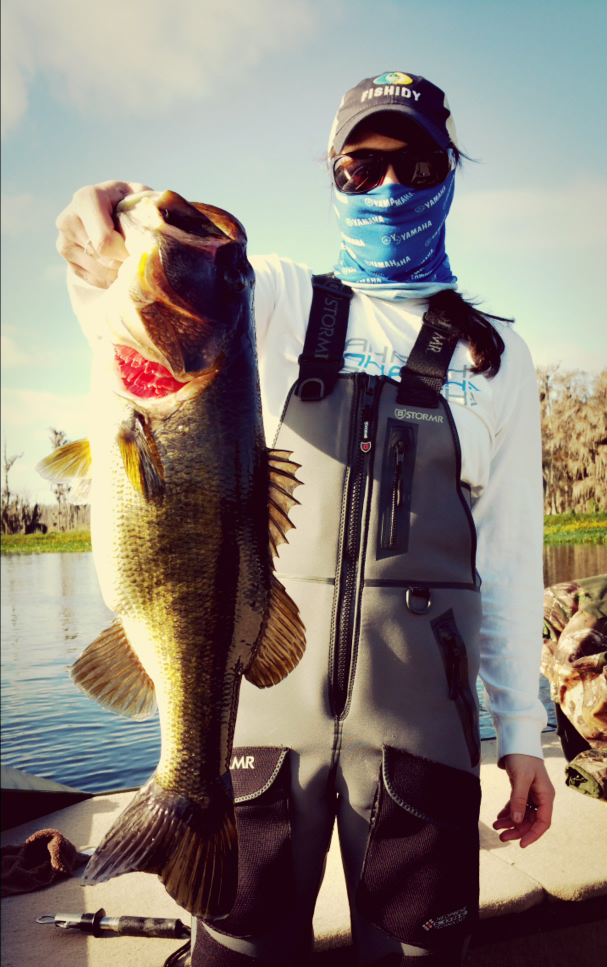 A couple of times after flipping the shiner out and not feeling a bite, I asked Sean what the deal was. Sometimes the bass would run with the shiner at the boat and you had to slowly reel the slack out and set the hook. I tried relating as much of the bass fishing that I knew to these few principles and it helped a lot. 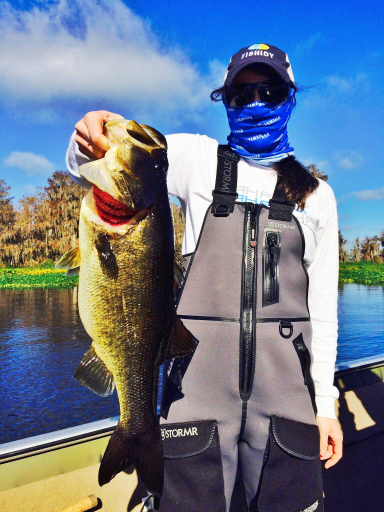 What to expect when you fish with Sean Rush? You have a pretty damn good chance of catching the bass of your dreams. Although I didn’t get a double digit bass like I was after, we did boat 70 fish in six hours, which is a killer day to me.

I definitely have more of an open mind now when it comes to wild shiner fishing in Florida. After learning the technique, catching trophy bass, and enjoying one of Florida’s best fisheries, I now have respect for this style of fishing. I most certainly won’t do this back home, but there is NO doubt I will be back fishing with Trophy Bass Expeditions in 2015 in hopes for my double digit bass. 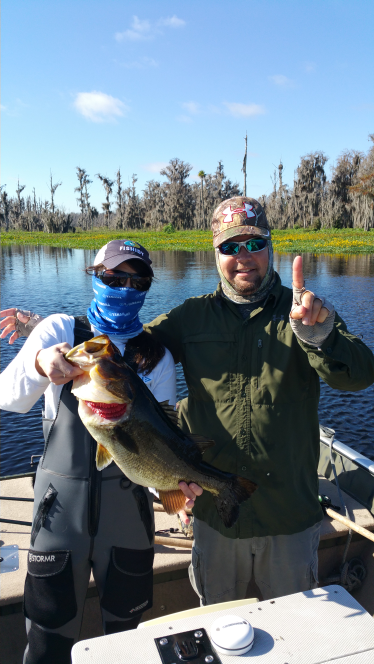 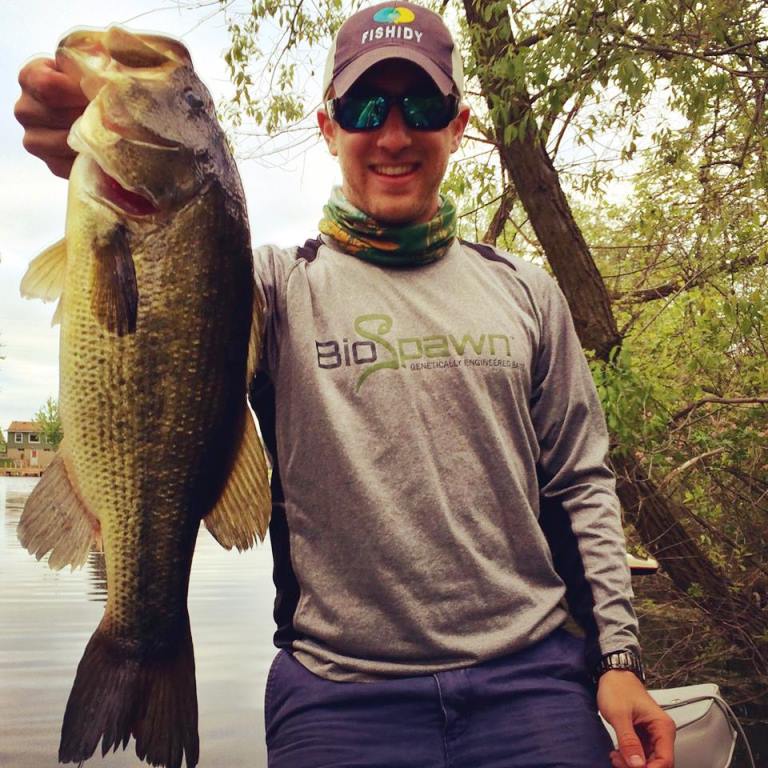